Galleon Andalucia is a duplicate merchant ship of 17th century, which has 4 masts and 7 sails. The ship itself tells Spanish history and is currently berthed at Barcelona for the purpose of promoting tourism. There are 22 crew members on board taking charge of daily maintenance.

For safety concern, the way of constructing the galleon combines modern and ancient methods. The material, for instance, is a mixture of wood and fiber glass which is safer and easier for maintenance. The wood species used to build the galleon are pine and iroko, which are exactly the same materials used in the old days.

The construction of Galleon Andalucia started in December 2008, and finished in February 2010. Experts in different professions such as carpenters, fiber engineers and designers, had assembled in the south of Spain to collaborate on the project.

The Wood, the Whale, and the Sane 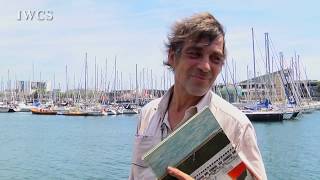 Sailing through History with Leisure Boats